As one of the very few universities in Switzerland that is accredited for each stage of training by the British competency diploma system, the Swiss Institute of Management and Innovation training programs grant not only Swiss degrees, but also qualifications from the UK competency system (Level UK), which are recognized and transferable to most accredited and recognized universities in the world.

In addition to the Master’s degrees granted by SIMI, students can also receive a Level 7 Diploma from the UK, accredited by Ofqual, recognized throughout Europe, Asia, Africa, and Australia according to the Regional Qualification Framework.

A. Confirmation from Athe that Level 7 is a Master degree: 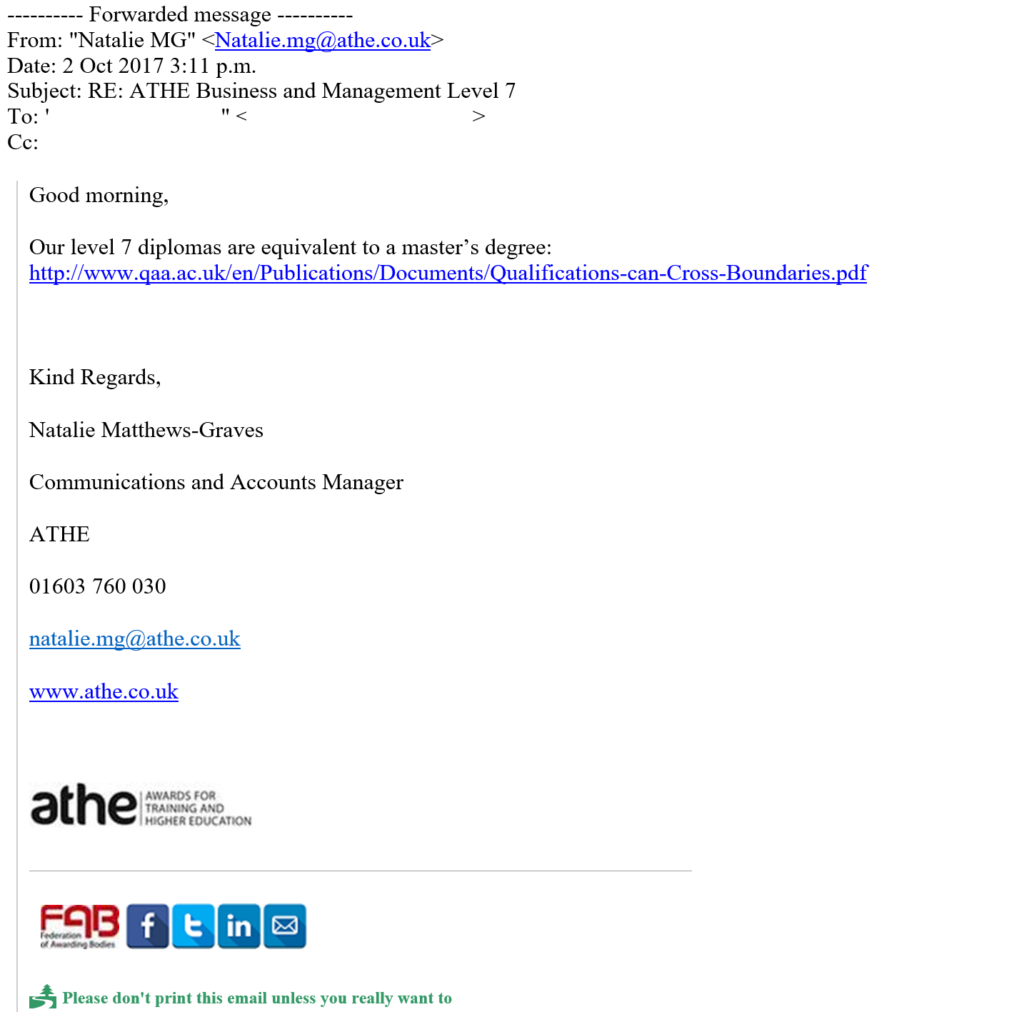 ATHE is a global awarding organization regulated by Ofqual and the other UK and international regulators. ATHE qualifications are approved as progression pathways to relevant Bachelor’s and Master’s Top-Up degrees by a growing number of UK and international Universities, providing significant tertiary education opportunities for our learners (source). SIMI is accredited by ATHE and has been granted a certificate of accreditation. Besides ATHE, SIMI is also accredited by OTHM UK, Qualifi UK, and LRN UK.

B. Confirmation from UK ENIC that Level 7 Diploma is a Master degree: 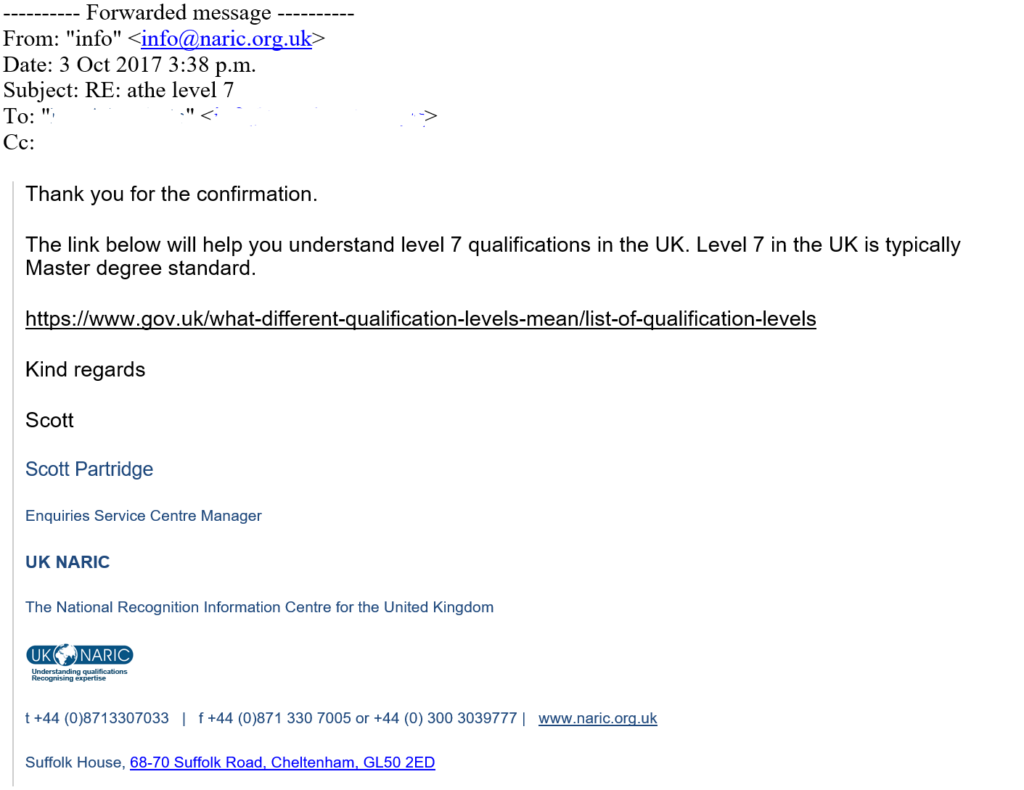 UK ENIC is the unit authorized by the UK government to conduct the assessment and recognition of UK qualifications that have confirmed Level 7 Diploma as a Master’s level. For more information on UK ENIC, you can read here.

D. Recognition of the UK Level 7 Diploma as a Master in Europe: 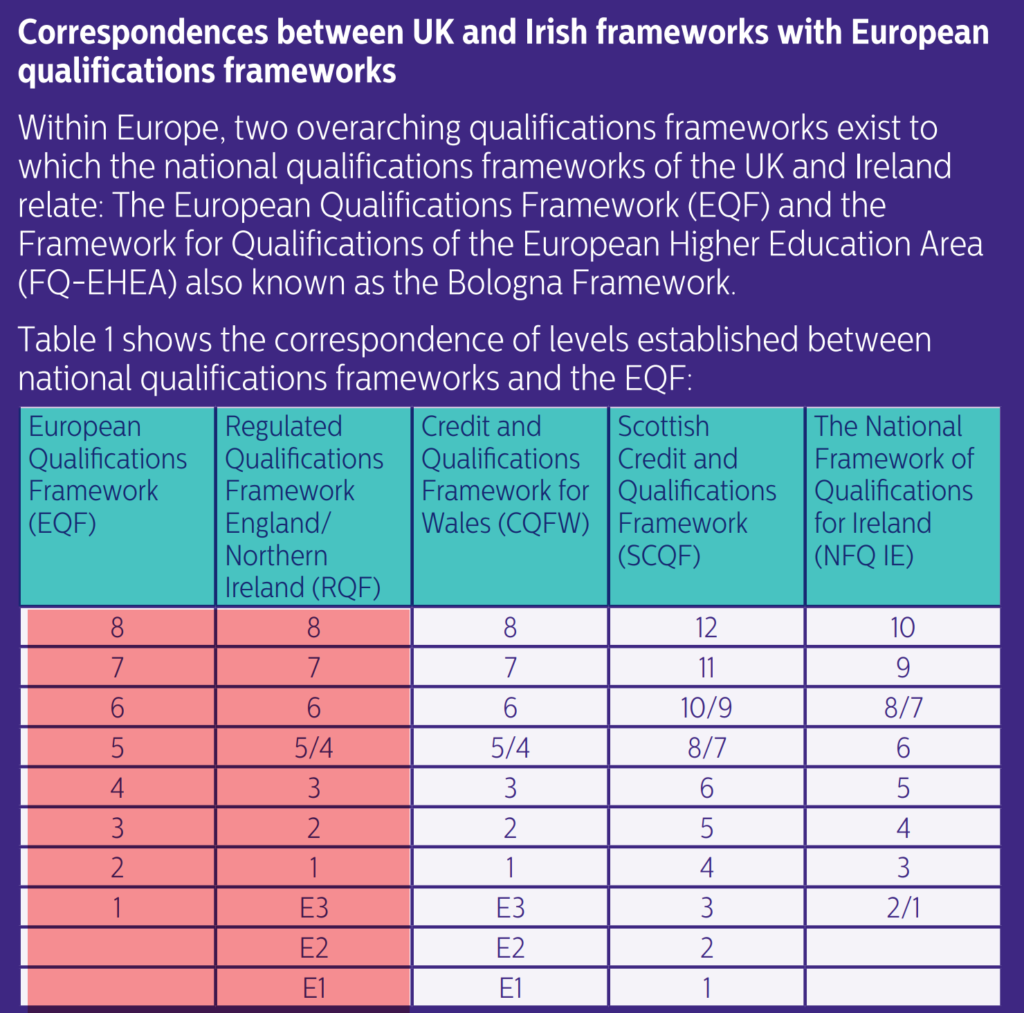 Source: The Swiss Institute of Management and Innovation